Home > Finance > Keeping in Touch on a Budget 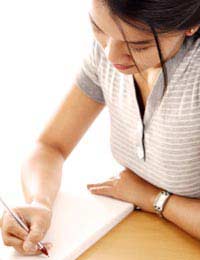 There are various ways to keep in touch with family and friends back home while travelling, some more expensive than others, but in the age of communication it's easier than ever and, some might say sadly, it makes the world a much smaller place. It's also something that can eat up your budget if you go about it badly, so it's a good idea to know a few things before you go.

The most old fashioned form of communication - the letter. It's a dying art in a time when we can send emails anywhere in the world in a second, but there's still something to be said for the traditional pen and paper. It's cheap for a start, though postal systems around the world are not always very reliable, but its real beauty is its longevity.

Writing a letter is like writing a journal, it gives you the time and space to collect your thoughts and assemble them for posterity, and talk about the more substantial things that are going on as well as the day to day. And most people keep letters too. Not like emails in an inbox, but in a dust-covered box to be opened years later and have first hand memories spill out of the page with the same exuberance they had when they were first written down.

Ok, down to the more practical side of things. If you have your own laptop you have a great advantage. You can pick up a wireless connection if you look for it in various public places of most cities around the world, though more so in Britain and America. Sometimes it's free, sometimes it's not. Once online, there are various programs you can download which allow you to make phone and video calls either free or very cheaply, anywhere in the world. After that there are chat facilities like MSN, networks such as Facebook and of course, simple email service providers.

If you don't have a laptop you can access the internet in internet cafes around the world, though not all of them provide all of the facilities listed above. More than £1 an hour is asking a bit much but you may not have much choice but to pay over the odds in certain places.

Calling home can be costly, but there are a few ways to offset the price. The cheapest way to call home is to do it over the internet as described above. After that, if you have access to a land-line you can use an international phone card. These can be bought in many types of shops as well as airports and internet cafes or call centres. Shops such as tobacconists or newsagents - or the nearest equivalent in the country you're in - are the most convenient places to find them. Simply dial the given free-phone number, followed by your scratch-off PIN and then the number you want to reach - most operators give simple instructions in English. In the absence of a real land-line, you can also use a payphone, though your credit will run out more quickly this way.

It's worth noting however, that many manufacturers of these cards are not bonafide and there is a risk that your prepaid credit will disappear faster than promised or, at worst, the card won't work at all. For this reason, don't spend more than about £5 at a time on cards and if you do get a bad one, don't use that card again.

The third-cheapest option for calling home is from an international call centre, which often doubles up as an internet café. Here you go into booths and utilise similar networks to those provided by the international phone cards, except that you pay cash at the end of your call. Always check the price of a call to the UK before you start.

The cost of calling the UK varies greatly depending on where you are in the world but in general it needn't be to costly to let friends and loved ones know you're safe and happy now and again. In any case, it's always a good idea to carry a mobile phone with credit just for emergencies. Calling home on your mobile is very expensive, even texting's not cheap, but it can help you out of a pickle if necessary.