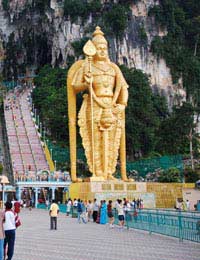 There are various different types of holidays; there's the traditional package holiday in which you spend two weeks in a tropical paradise unwinding; there's the city break, in which you go off on a culture trip and come back needing another holiday; there's even backpacking - a long drawn out adventure with the only plan being that there is no plan.

Then there's this thing called the activity break - you've filled in the consumer surveys and ticked the boxes, but what exactly is an activity break? For many people it brings up images of exciting and expensive holidays spent doing extreme sports, exhilarating and dangerous and not for the faint hearted. But an activity break can be far less strenuous if you want it to be. In fact, an activity break is pretty much anything that's not sitting on a beach.

From total relaxation in the world's most exotic health spas or relaxing language and cookery courses in the Mediterranean, to wine, beer and jazz festivals throughout the world; from city breaks to special events such as carnivals, fiestas and Mardi Gras, there's most definitely something for everyone, and you can get fantastic deals if you're prepared to be open-minded and flexible.

For those who would be interested in something that gets the adrenaline pumping, the possibilities are endless. Examples of activity breaks for the extremists that you may not have heard about include:

The lone traveller's greatest enemy is the single supplement - the unfortunate fact that you have to pay more for accommodation if you're alone than if you had someone to share costs with. However, travelling alone has been on the rise for a number of years now and there's no doubt that the market is responding - creating opportunities for solo travellers to get, not only a fair deal, but sometimes a really good deal!

Travel agents have realised that there's money to be made from single travellers and are now doing all sorts of things to cater for those without travel buddies. Not only are solo travellers more flexible, they tend to be more independent and open to new ideas - and that opens lots of doors for travel companies to create deals which please everybody.

With a little research, you can find amazing opportunities to do things you'd never have thought of in a million years - and if you're the type of lone traveller who isn't alone by choice, this is the perfect opportunity to meet people.

There are very few activity breaks that you do alone, so whether you're a socialite or not, you'll undoubtedly have some kind of interaction. It could be other people in your group, your instructors, or even your beauty therapist. What many travel agents will try to do, at your request of course, is pair you up with similar people in order to save you the single supplement. The question is, will they really be the kind of people that you want to hang out with?