Home > Whilst Travelling > Be Considerate When Travelling

Be Considerate When Travelling 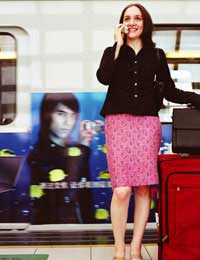 Travelling alone can be a hair-raising experience, even dangerous on occasion, which is why it's both daunting and thrilling at the same time. So how do we go about protecting ourselves from the unforeseen hazards that may lie ahead?

There are various precautions we can take, from taking measures to prevent muggings and theft to making sure we have good medical insurance, but some might say that the most important precaution is the mental preparation that we put in - and subsequently, the attitude we have when entering a new country for the first time.

Being considerate constitutes several things and of course, requires certain qualities. It's easy to cite such virtues as patience, tolerance and an open mind, but in practice it is necessary to examine more profoundly how such qualities manifest themselves in real life situations.

Patience is a virtue, but too much of it can cost you valuable time; tolerance is paramount, but how do we know at what point we should say enough is enough? What does it really mean to have an open mind and at what point does it transcend into simple naivety?

When in Rome, Do as the Romans Do

It's fair to say that when most of us travel, one of our prime objectives is to immerse ourselves in the culture, to soak it up and be a part of it as much as possible, if only for a while, but it's important to remember that you are not, and never truly will be, one of them.

The place where a person grows up makes a profound contribution to his or her personality and like all animals we're naturally resistant to change, however much we try to overcome that barrier. It forms our tastes, our morals, our perceptions - even our mother-tongue language dictates that we think in a certain way, within the framework laid out by thousands of years of our own culture's evolution.

It's with this concept in mind that we are able to construct a platform on which to base our own idea of what constitutes tolerance. In other words, what a person considers to be open mindedness is still within the boundaries laid out by social framework in which he or she grew up.

It's at this point we remember that old cliché - how travel broadens the mind! Experience-thirsty travellers will go out with a 'try anything' attitude and that is certainly the best way to have a great trip while at the same time endearing yourself to the people whose culture you're mimicking; just as long as you remember who you are. Eat the food, learn the dances, learn some swearwords, jokes and witty asides - but also try to give something back. If people are interested, make it an exchange of cultures rather than having it all about you.

It's fair to say that people for the most part tolerate and even forgive the transgressions of tourists in good-hearted manner, provided said transgressions are not too serious or frequent. If somebody has the good nature to have a word in your ear for your own benefit then their advice should be heeded, but remember that people are usually too polite to say anything, so it's up to you to notice their body language.

When people are offended, they're happy to forget that your crime could be down to a simple misunderstanding. For example, burping is exceptionally rude in Italy. Your first offence may well be forgiven, but observe the reactions of those around you with a keen eye and you'll know not to do it again.

An international code of conduct based on simple respect and common sense can be easily conceived, recognised and adhered to by anyone, simply by being honest and sending out a message - if only with your general demeanour - that says 'I am a foreigner in this country and I hope not to offend - please bear with me'.

Researching your chosen destination is a good way to establish the basic terms by which people of a foreign culture measure respect and consideration. The further afield you intend to go (figuratively speaking), the more vital this is. Whether you get your information from official guides or individual travellers - and equal measure of both is highly recommended - the things you learn will be from the point of view of people like you rather than locals, and this is precisely what you need.
Next Page

Taking Care of Yourself