English as a Global Language 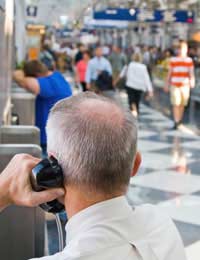 A useful thing to do before travelling abroad is to pick up as much of the lingo as you can, however, this is much easier said than done, as learning a language is a process that takes a lot of time and a particular capacity to absorb. In addition, you may be travelling to several places where several different languages are spoken. It's not surprising therefore, that most of us make little effort in this particular area of preparation. However, luck is on your side, because if you're reading this article then you already have at least a basic grasp of the language that has become undoubtedly the international code of communication throughout the world - English.

The Lottery of Life

To be born a mother-tongue English speaker is to be born with an immeasurable advantage in life, although those who never travel will never truly appreciate that fact. Throughout the world young people today have to come to terms with the fact that unless they learn English, their career opportunities will always be limited. Likewise, would-be travellers who don't speak English are daunted by the fact that in many countries they will face an uphill struggle with communication. A little French, Spanish or German is useful, depending on which countries you go to, but ultimately, wherever you go in the world, somebody, somewhere speaks at least a little English.

In the near-1500 years since the English language was born of an amalgamation of Germanic dialects it has grown like a snowball rolling down a hill, picking up speed, withstanding the storm of invasion and foreign influence, ruthlessly absorbing and redefining all that ever stood in its way. Its riches of vocabulary, flexibility and adaptability have made it the common tongue, but as millions of people the world over have adopted English as a second language, it has rather ungratefully continued to develop indifferently to the language we speak in the United Kingdom. This language we nurtured, has left home.

Added to this, the spectrum of diversity and variations from 'standard English' (or to put it another way, the English that is taught as a second language around the world) within this relatively small country, means that, for example, a Turk may well understand the English spoken by a Brazilian much better than that spoken by a Cockney or a Glaswegian.

Many people who don't speak a foreign language find it difficult to empathise with foreigners trying to follow what they say. There is often the temptation to repeat things more loudly, as if the listener were deaf; or explain simple things in a long-winded fashion, as if the listener were a child. These tactics tend to bring poor results. Good communication comes down to clear and slow pronunciation and a thoughtful choice of words.

In countries where the language spoken is a Romance language, in other words, a language that derived from the Latin which the Romans brought forth (Spanish, French, Italian, etc.), you'll often find that words which we consider to be 'difficult' are more familiar to your listener. To explain: the Latin and French influences in the English language were brought into England by the Catholic Church and by the Norman conquerors respectively. The words that derive from these languages became those of the educated, the aristocracy, and used in the fields of business and science. For this reason, we tend to consider them elegant in comparison to older, shorter, Anglo-Saxon words. So while you may think that to 'go round' is a simpler choice of words than to 'circumnavigate', you'll find that a Spanish speaker or an Italian is more likely to understand the latter. Choose your words carefully and don't think that just because a word is long or formal in English that foreigners won't understand it - most learners of English have far more trouble with words like 'get' and its multitudes of uses.

This is just one hint that covers one group of language speakers. The more important of the two points above is clear and slow pronunciation. Try not to use words that are unnecessary such as 'like', 'right' and 'you know' in every sentence. Try to distinguish which are the most important words and stress them and try to be conscious of using slang or idiomatic phrases like 'flying off the handle' or 'going on a bender'. Remember to speak slowly and open your mouth - don't 'eat your words' - this is the most common criticism of the mother-tongue English speaking world in terms of our ability to communicate.

If there is one word that will help you make yourself understood, it's empathy. Try to put yourself in the mindset of your listener and take it from there. It can actually be fun - and by the time you get home you'll be a champion Charades player to boot!