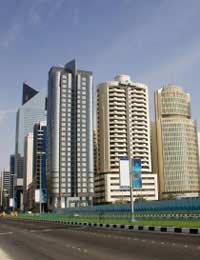 It may be one of the world's most politically volatile regions, but for adventure-thirsty travellers that makes the thrill all the more worthwhile. A trip to the enigmatic Middle East is one for the hardcore traveller and not something many westerners can put on their CV - unless of course, you're in the military.

But much this region of the world gets an unfairly bad press - tarred with the stigma that comes with the polemics of the modern age. Contrary to popular belief, the Middle East is surprisingly diverse and although sensitive, welcomes visitors with warmth and pride.

Added to the beautiful deserts, mountains, luscious oases and utopian stretches of coastline that make up the Middle East's natural landscape, is the insurmountable history of this area of the world. Commonly thought of as the birthplace of the first human civilisations - in Egypt and Mesopotamia - it was also the birthplace of Islam, Christianity and Judaism, among other religions, and has contributed much more to the modern world than we ever give it credit for.

What's more, from the times of Laurence of Arabia until fairly recently, the British have traditionally had a healthy relationship with most Arab nations, which is more than can be said for our cousins across the pond. Despite the troubles of the last century and the popular misconceptions we tend to have about the modern Middle East, British travellers for the most part will be safe, well respected and welcomed.

Before travelling it is essential to monitor the political situation in your chosen destination(s) by checking the Foreign & Commonwealth Office (FCO) Travel Advice site.

British citizens don't require a visa to enter Israel, however, the Israeli authorities will stamp your passport and that stamp will prohibit you from travelling just about anywhere else in the region. Unfortunately, choices have to be made.

In most other countries, British citizens can get a tourist visa upon arrival, usually for 15 or 30 days, except:

It is very strongly recommended you take out full medical insurance before your trip from a reputable firm and if you have any particular health issues, stay near to the larger cities. Also, many prescription drugs are banned in much of the Middle East - consult the consulate website of your destination countries to find out more details. Penalties for possession and trafficking of illegal substances range from long prison sentences followed by deportation, to death.

The trafficking of drugs or pornography are not the only crimes to carry the death sentence in extreme cases. Homosexuality is highly illegal in most of the Middle East and, although Christianity is tolerated in most countries, attempts to convert Muslims can also carry very serious consequences.

But it's not all doom and gloom - Travellers who employ common sense and a large helping of respect and consideration for Islamic culture will enjoy a trouble-free trip. Below are some other basic pointers.

Many people begin with a flight to Egypt, usually Cairo, and depart from there by air or by ferry to Jordan. From here you can travel over land to Syria and Lebanon, though remember to get a multiple entry visa if you intend moving around a lot.

Damascus (Syria), Kuwait City (Kuwait) and Beirut (Lebanon) are among the region's top exciting cities to visit, while Israel is now emerging as a choice destination for scuba enthusiasts and the city of Tel Aviv offers a great all round cultural experience.