The Growing Market for Lone Travellers 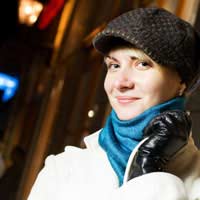 The number of people choosing to travel alone has increased phenomenally in the last ten years - the thrill of the unknown, the independence, the simple freedom of not having to fall in with other people's preferences - all of these factors have contributed to what is becoming a growing trend across Europe and North America - and the industry is taking notice.

It's not too surprising. We live alone, we work alone, why not travel alone? As people become much more independent with the advent of mobile communication and the sheer oceans of information at our fingertips, it's perhaps not surprising that an estimated 10% of backpackers set off alone these days.

Obviously, the more people in a group, the merrier the travel agent will be, and therefore the simple law of supply and demand dictates that more discounts will be available the bigger the group. What is encouraging however, is that the industry is beginning to respond to consumers' habits rather than the contrary - industry structuring the market in such a way as to return maximum profit and forcing consumers to fall in.

Instead, travel agents, hotels and other companies throughout the travel and tourism industry are recognising that there's money to be made by offering exciting options to solo travellers at prices that are fair.

In the past, we used to be less imaginative with our trips. We'd take package holidays, travel agents offered a more streamlined service and travelling alone was much less common. But the world is a big place and our knowledge of what's out there has grown hand in hand with our independence and our thirst for something new - the traveller has dictated the development of the market.

If hotels are too expensive we go to hostels or campsites. If 18-30s Clubs in Majorca are not our scene we go on a city break - alone. We can even book budget flights and cut out the travel agent completely. Gone are the days when the word 'holiday' was defined by two weeks in Benidorm or a trip to Disneyland. The beauty of this industry is that we, the travellers dictate where we want to go, how we want to get there and who we want to go with - if anyone - and those who wish to make money from us have to meet our demands or lose out.

Travel and tourism are massive markets throughout much of the world now and they are cut throat: If you go to Florence you'll find almost every second door is a hotel. In Cuba, taxi drivers make more than doctors. You only have to type the name of a popular destination into Google and you'll get sponsored (and non-sponsored) links to hotels and tour companies. Everyone out there is vying for trade - your trade.

Things to Look out For

If you're planning to go through a travel agent, ask what deals they have for single travellers. If they don't have any then shop around because forward thinking companies will have something for you.

Many hotels are now cutting their single supplements right down, not just in the economic centres frequented by lone business travellers but even in holiday destinations that were traditionally only popular with groups or families. Look out for DUS rates - double rooms for single use. It may not be half price but there are at least some concessions from some hotels.

An increasingly common trend in the travel industry today is to match up single travellers so that they may save on the single supplement. Although providers of such services are quick to point out that this is not a dating service, the principle is the same: you're asked a series of questions about your likes and dislikes, where you'd like to go and for how long, and they try to match you up with like-minded people. Such services can be found with a little bit of internet research.